Whether you are a new parent looking to fill your library with classic children’s books or a teacher prepping a lesson – these classic books for preschoolers are a great way to help kids acquire a love of reading. Each of these classic books for kids has endearing characters, great life lessons, and are stories that have endoured through the decades! So pick out your favorite children’s classic books to read with your toddler, preschool, pre-k, kindergarten, and first grade student. 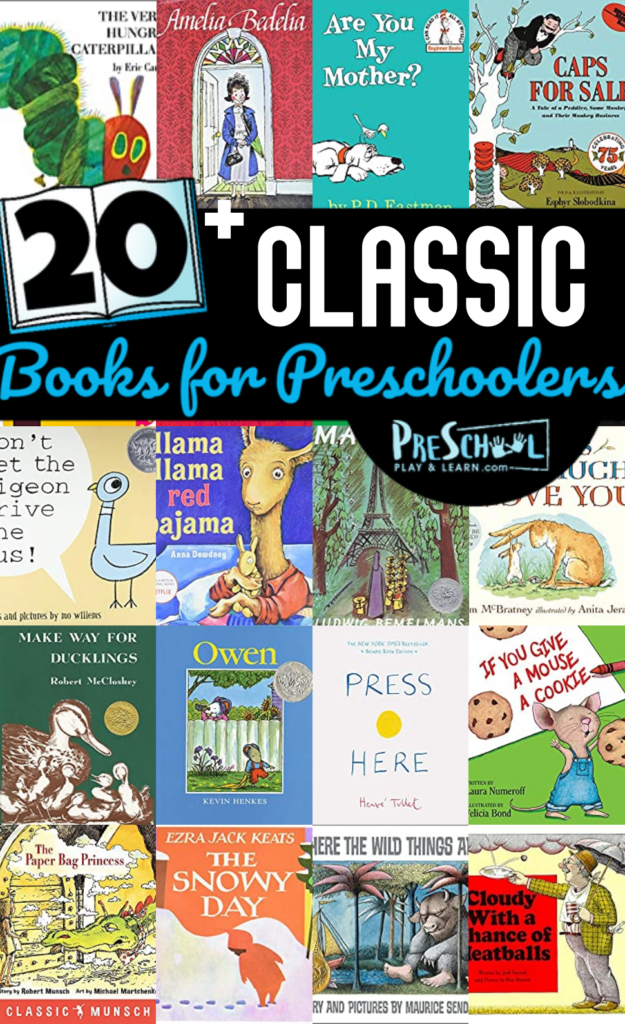 Classic books are classics for a reason. This list of classic books for toddlers, preschoolers, kindergartners, and grade 1 students is full of some of the most beloved children’s books. These are a great start for building a home library! So pick out a couple books from our list below and cuddle up on the couch to work on early litearcy while introducing your children to some classic books for kids!

The Very Hungry Caterpillar by Eric Carle follows a little caterpillar as he eats his way through all kinds of foods. When he is finally full, he curls up for a nap and emerges as a butterfly. The story touches on counting, healthy eating, and the transformation of caterpillars into butterflies. It is paired with colorful illustrations with holes through the page where the caterpillar has eaten.

Amelia Bedelia by Peggy Parish and Fritz Siebel shares the adventures of Amelia Bedelia, a maid who is eager to please and ends up causing chaos with her literal understanding of the English language. The simple illustrations and silly text are sure to delight young readers.

Are You My Mother? by P.D. Eastman is a sweet tale about a baby bird who goes in search of his mother. As he comes across different types of animals, he asks them if they are his mother. The repeating story structure and the message of the maternal bond make it a nice read aloud for parents and children.

Caps for Sale by Esphyr Slobodkina tells the story of a peddler who wants to sell the caps that he carries on his head. But his efforts are impeded by a band of naughty monkeys. Kids will love watching the silly antics of the monkeys.

Chicka Chicka Boom Boom by Bill Martin Jr., John Archambault and Lois Ehlert is a colorful tale that follows the letters of the alphabet as they race up the coconut tree. The rhyming text and brightly colored illustrations make this an excellent book to read aloud.

Corduroy by Don Freeman shares the story of a little bear who wants to find a friend. He worries that his missing button is the reason no one has bought him, so he goes on a mission to find one. This sweet story is beloved and highlights the special relationship between child and stuffed toy.

Don’t Let the Pigeon Drive the Bus! by Mo Willems is a hilarious tale about a pigeon who wants to drive a bus. The bus driver asks the reader to stop the pigeon, but the bird spends the rest of the book trying to convince the reader to let him get behind the wheel. Kids will enjoy arguing with the pigeon and his hilarious claims.

Goodnight Moon by Margaret Wise Brown and Clement Hurd is a classic bedtime tale that uses simple text to bid goodnight to all the things around a bedroom as a little bunny settles in for bed. This is a soothing read for bedtime!

Goodnight, Goodnight Construction Site by Sherri Duskey Rinker and Tom Lichtenheld joins a troop of construction vehicles as they finish up their day on the job site and get ready for bed. The rhyming text and cute illustrations highlight the jobs that each vehicle does as they work together to complete a project.

Guess How Much I Love You by Sam McBratney and Anita Jeram is a sweet and touching conversation between a mother hare and a baby hare. As the baby and mother talk about how much they love one another, their statements get bigger and bigger. The sweet message and gentle illustrations make this a great read for parents to share with their kids.

Harold and the Purple Crayon by Crockett Johnson is a tale of imagination following a young boy named Harold as he creates a whole world with a large purple crayon. Kids will love seeing the wild places that Harold’s imagination will take him.

Llama Llama Red Pajama by Anna Dewdney is a sweet bedtime story about a little llama who doesn’t want to go to bed without his mama. The rhyming text follows the little llama as he gets worried about being alone in the dark and yells and screams for his mama, and learns an important lesson along the way.

Madeline by Ludwig Bemelmans introduces readers to Madeline, a fearless young girl who lives at a boarding school in Paris. Kids will appreciate the stories of Madeline’s antics, as well as the simple illustrations.

Make Way for Ducklings by Robert McCloskey follows a mother duck and her ducklings as they walk through the busy streets of Boston together on their way to their new home.. The story is accompanied by illustrations highlighting familiar sites in Boston.

Owen by Kevin Henkes shares the story of a little mouse named Owen who isn’t ready to give up his blanket. His parents try all sorts of methods to get him to give it up, but he refuses. Kids and parents alike will appreciate the humor in the familiar situation, and the way the parents and child come to a compromise in the end.

Press Here by Herve Tullet is an interactive book that encourages readers to touch, turn, and manipulate the book to make the colored dots on the page move and respond. Young kids will love feeling like they are playing a part in moving the story along.

Curious George by H.A. Rey introduces readers to George, the mischievous and curious little monkey who gets into all sorts of hijinks. Follow along as he meets the man in the yellow hat and is brought to his new home in the big city.

The Paper Bag Princess by Robert Munsch and Michael Martchenko is a story of girl power that joins Princess Elizabeth as she attempts to outsmart the dragon who stole away her prince and destroyed her castle. Kids will love how Elizabeth uses her brains to outwit the dragon, and how she stands up for herself in the end.

The Snowy Day by Ezra Jack Keats is a charming tale about a young boy named Peter spending a day out in the snow. The simple text and illustrations highlight the gentle beauty of a snowy day and the simple fun that it can bring about.

Where the Wild Things Are by Maurice Sendak follows a young boy named Max who is sent to bed without dinner. He takes himself on a voyage to the land of the Wild Things, and becomes their king. But soon he grows tired of being wild, and wishes to travel back home.

Cloudy with a Chance of Meatballs by Judi Barrett and Ronald Barrett tells the story of a mysterious town where food falls from the sky. But soon the weather takes a turn and the residents of Chewandswallow have to figure out what to do. Kids will appreciate the imaginative illustrations highlighting the ridiculous situation.

If You Give a Mouse a Cookie by Laura Numeroff and Felicia Bond is a cyclical story that imagines what will happen if you give a cookie to a mouse. The story continues to add things that he will want next, until it makes it right back where it started. Kids will love following the story from beginning to end, and the illustrations featuring the adorable little mouse.

Green Eggs and Ham by Dr. Seuss follows a grumpy main character who does not want to eat green eggs and ham, and Sam-I-Am who constantly pushes him to give it a try. The repeating rhyming text and silly illustrations make this a fun one to read out loud.

Brown Bear, Brown Bear What Do You See? by Bill Martin Jr. and Eric Carle is a sweet rhyming story that introduces colors and animals to young readers. As the text asks each colorful animal what it sees, it mentions another colorful animal. The simple illustrations and rhyming text are perfect for beginning readers. 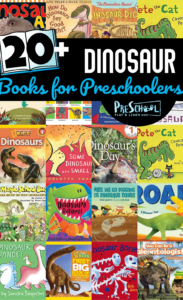 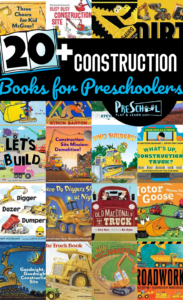 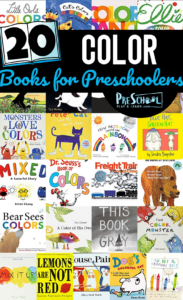 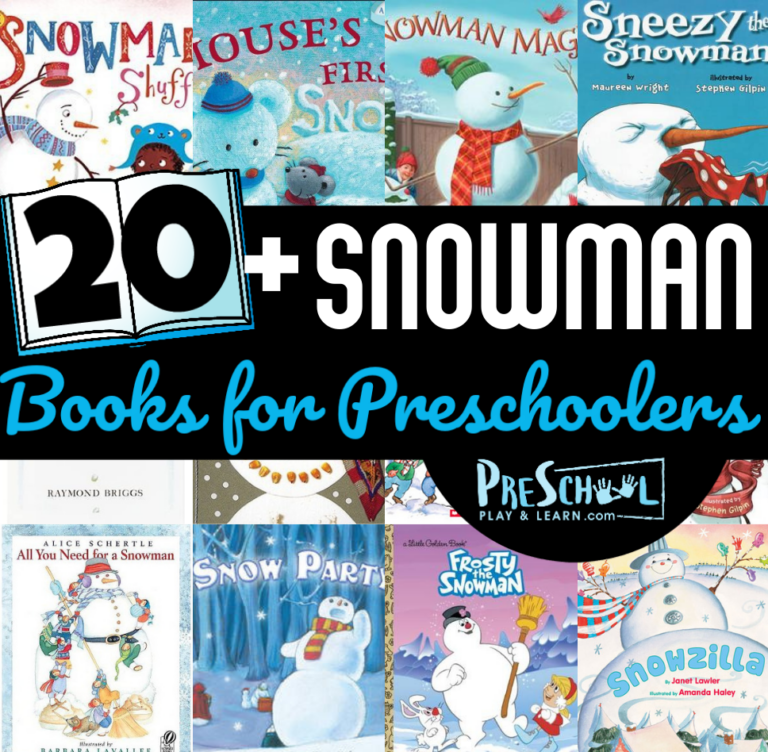 Winter is here, so it is the perfect time to enjoy books… 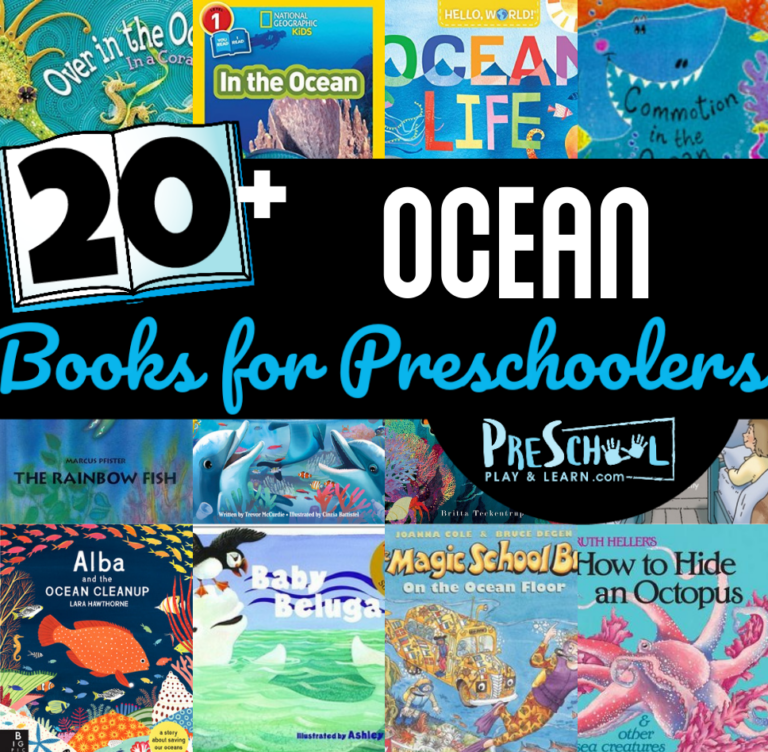 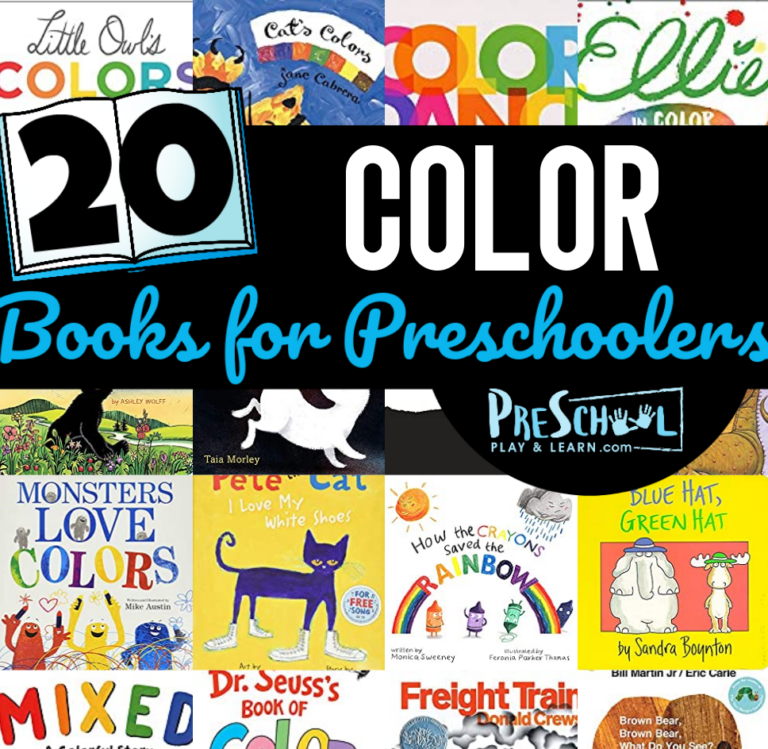 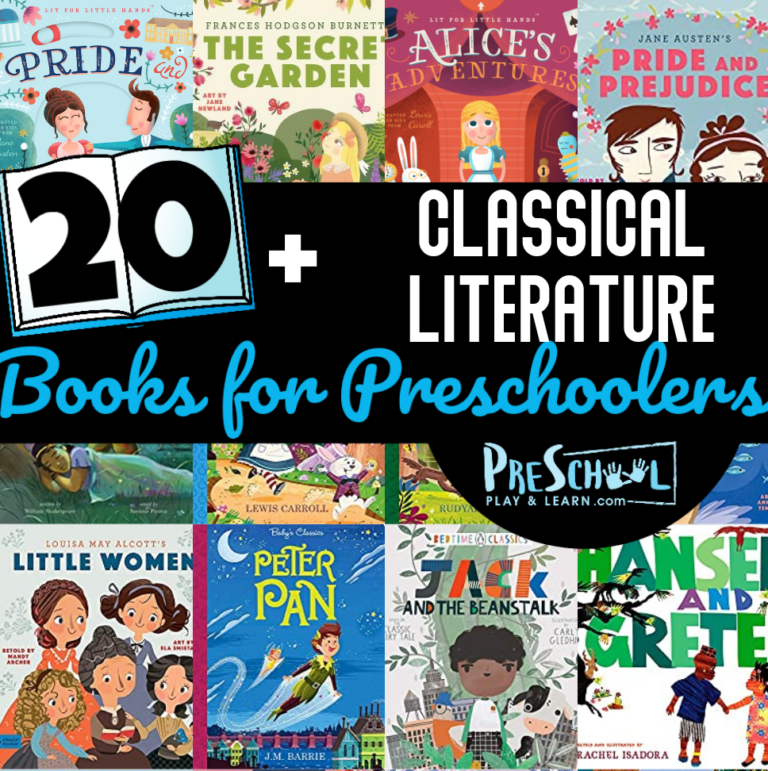 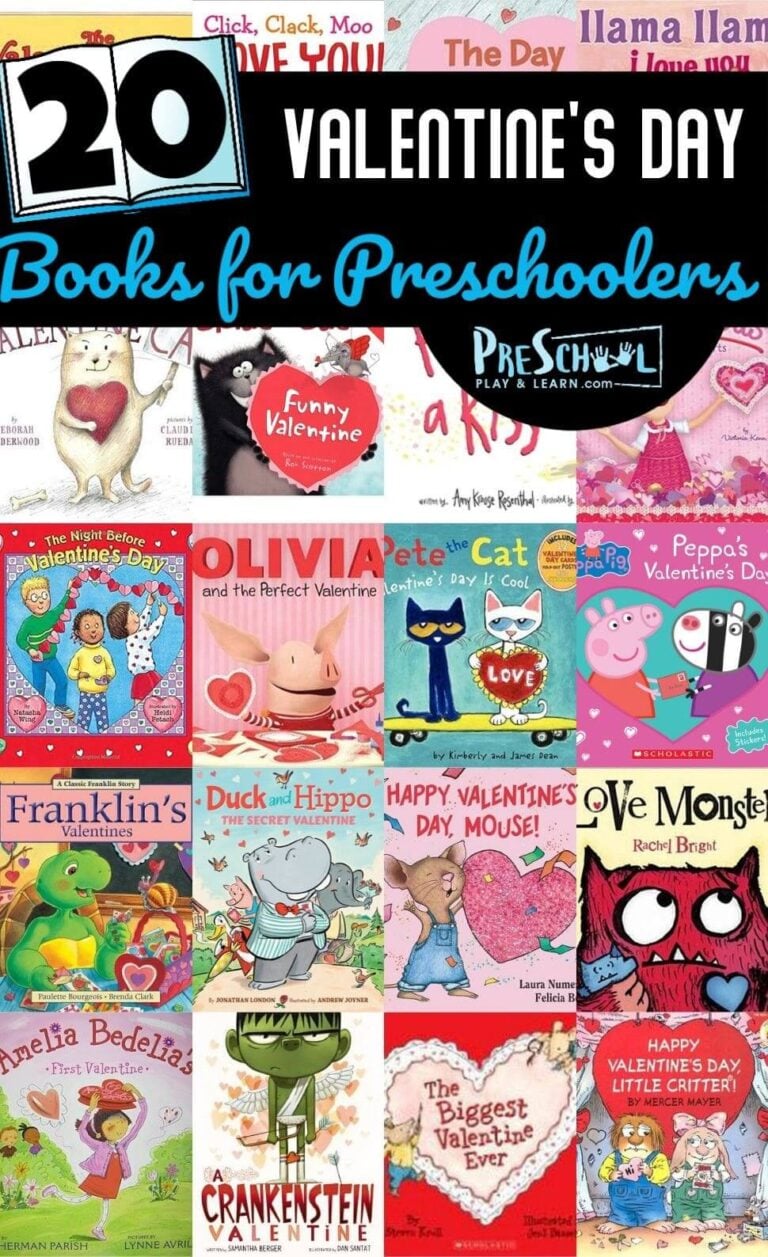 Celebrate the people you care about with these fun-to-read valentines books. These super… 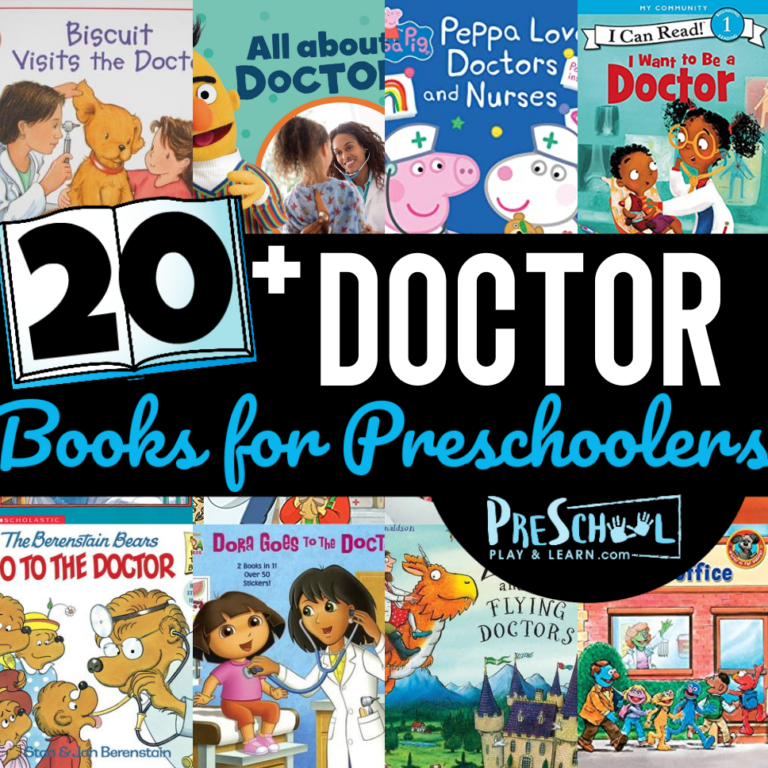 Children are fascinated by going to the doctor’s office! These fun-to-read doctor books…